10 reasons why we are a nation of collectors 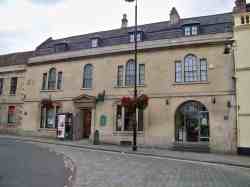 At our March meeting Melissa Barnet, Curator of Chippenham Museum, told us that 66% of people are collectors, it being one of the major hobbies in the western world. She stressed that hoarders were not collectors.

Melissa then listed ten reasons for collecting. Firstly, knowledge and learning, which covers museums, asking where does it come from, why, and who did it belong to. Then there is personal pleasure, such as match boxes (curnyxaphilists) and ties (grabatologists). Men tend to use the loft for storage whilst women displayed their collections around the home. Relaxation and stress reduction in the form of car boot sales and collecting clubs were another reason, as is competitive challenge eg to have to acquire the last one in the set. Social interaction and then recognition eg the biggest and the best were the next categories. Altruism has played a huge part – many museum collections started this way eg the Andrew Lloyd Webber and Getty Museums. Control, the need to control, possess and bring to order a small part of the world eg insects; nostalgia eg old toasters or, more recently, oral history; and finally, wealth accumulation such as coin collecting, complete the reasons behind collecting.

Each district is covered by a museum. Chippenham museum ,which covers the Corsham area, was founded in 1963 and serves the whole community. Objects in the collection range from the Neoloithic period to the current day. Items are catalogued, but not everything is on display. They have oil paintings, local postcards (over 7000), Tanner paintings and Melissa is keen to promote Alfred the Great, who a hunting lodge at Chippenham.

At our April meeting Dr Christopher Kent gave an enlightening talk on the extraordinary figure of George Gay 1771-1833, a local stonemason, composer, poet and organ builder, an “obscure county self-taught musician”. His family were dissenters who worshipped at Monks Chapel. His father Thomas, a quarryman, was crushed by a falling slab of stone aged 66. George was determined to better himself and in 1827 published a volume of sacred music.

After three years work, he completed the organ at Monks Park chapel.

In 1833 he revised and corrected a Collection of Tunes adapted for use by the Weslyan Methodists by Thomas Hawkes of Williton, Somerset. The preface contains reference to the “double G clef”, devised by George, it is said to stop women squawking. George contributed a large number of tunes in the Collection, including “Corsham” and Williton”. Other tunes he wrote were named after local places, such as “Neston”, “Patterdown”, Westrop”, and “Pickwick”.

As a stonemason he played an important part in the building, in 1809, of a bridge over the River Avon, known for its rounded arches.

On 26th July 1833 he committed suicide He is buried at Monks Chapel with his second wife, Jane. His music continued to be played after his death.