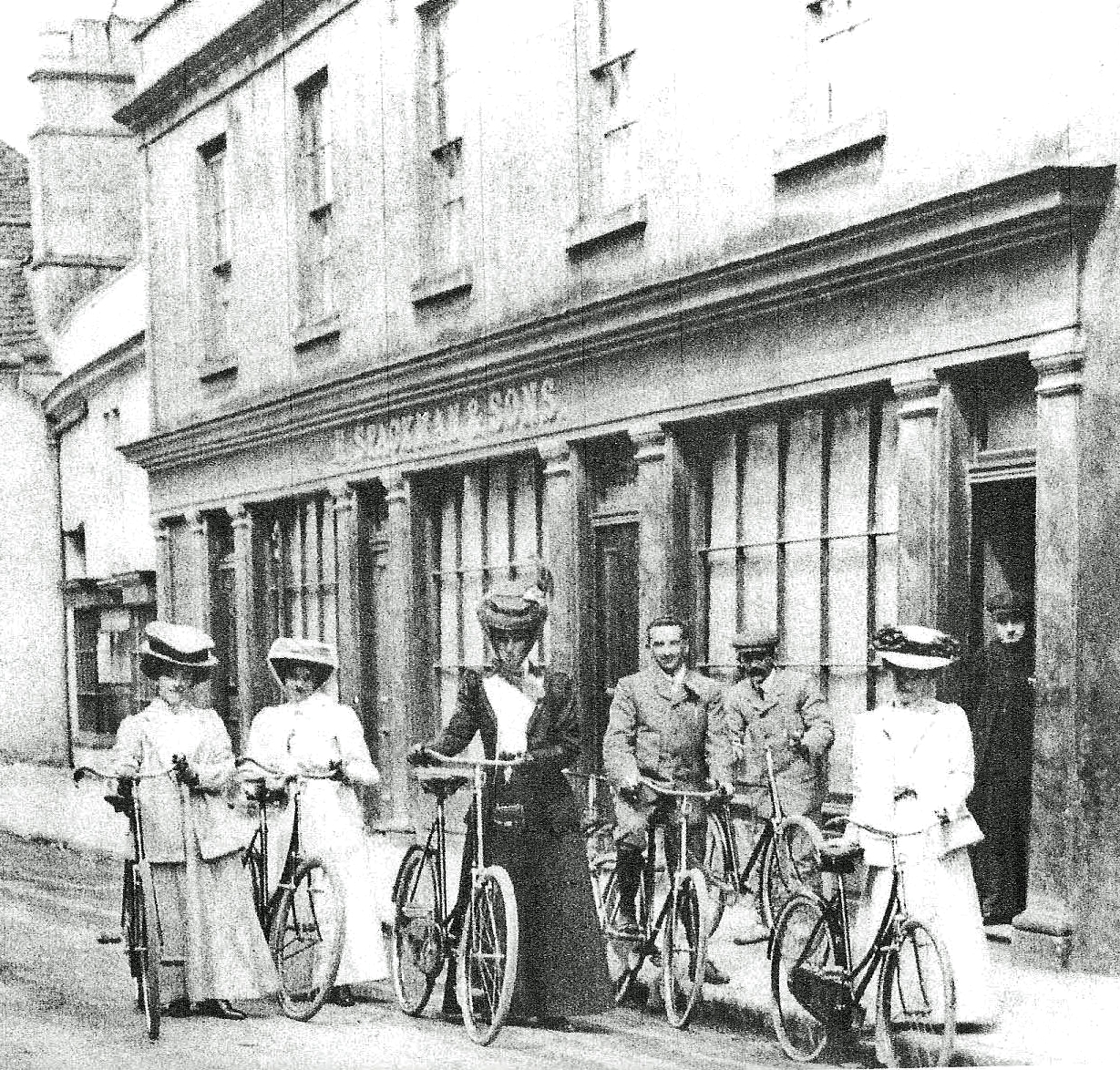 Many of our readers may have heard of the Spackman Family. They lived in the High Street, and their property spanned Nos. 42 & 44 where we now find a hairdresser, sandwich bar, Ultra Warm, and another hair salon, opposite the Tourist/Information office. From early Victorian times this area was in the possession of the Spackmans and for over a century it was used by them as a warehouse, stables and residential, which supported their grocery, drysaltery, and later drapery business. If you wanted something, you could probably get most of it there.
In 1849, the premises were destroyed by a disastrous fire, which was encouraged by the storage of gunpowder being held for Brunel’s work at Corsham and Box tunnel, and which claimed the life of one of the family. But No. 44 escaped damage, and there is no doubt that it was ‘business as usual’ whilst rebuilding took place.
There were nine children, all of whom had a musical bent, and the young men were also stalwarts of the Cricket club and family members were well known for putting on concerts in the town and surrounding area.
At the start of the 19th century Lewin Spackman and his wife lived at no 44.He was the eldest of the five brothers who remained in, and virtually ‘ran’ the town for a long period. Lewin was organist at the parish Church for over 50 years. He was a composer and conductor, and owned a printing works at 77 High St. For many years he held civic office – Town Clerk, Rates collector, assistant overseer, and Coroner.
In 1926 the Spackmans made an interesting discovery beneath the loose plaster on a wall in a downstairs room where they found an inscription which read “Wm Arnold 1699”. The location of this inscription was verified by Mrs Heather Tanner (the daughter of Herbert) many years later.
William Arnold was of course, one of the leading clothiers in Corsham at that time. He lived in Arnold House opposite this property and is said to have owned all the land between the High Street and Pickwick at the time.
This family were the local celebrities of the area for almost 100 years. There is much more to be read about them in references shown below – so much talent, and examples of service to the community – their story could take up a whole Spotlight magazine, but space does not permit.
References:
Spotlight magazine Nov 2006 – article by Wyndham Thomas
Joe James letter, August 1987
Keenes Bath Journal, 1849
A Corsham Boyhood – the diary of Herbert Spackman 1877-1891
A Life Revealed from the diaries of Herbert Spackman by Ernest Hird
Pat Whalley