The Horride Murder of Henry Long 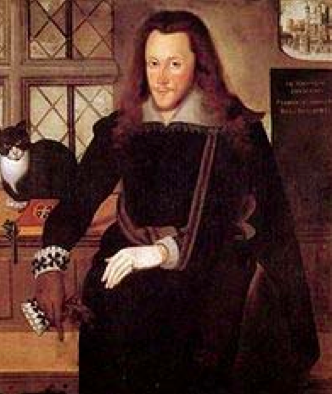 In the 1590s a long standing feud between the Long and Danvers families culminated in a murder. It has been suggested that this feud may have dated back to the Wars of the Roses. Various Shakespearian authorities have even conjectured that it may have been the inspiration for Romeo and Juliet. Aubrey says “my great grandfather was in some trouble about it, his horses and men being in that action. His servants were hanged and so Long of Linets.!”

A group of magistrates with Sir Henry Long and some of his friends and family were meeting in the house of a Mr Chambyrs, on the night of Friday 5th October 1594, when the Danvers brothers “broke in with seventeen or eighteen of their followers”, and in the resulting mêlée Henry Long was killed. The Danvers brothers escaped, but some of the followers, from both sides, were subsequently hanged for causing an affray.

Quoted by Harold Brakspear: “ Before William Snelling, coroner of our lady the Queen within the liberty of her town of Cossam, on view of the body of Henry Long Esq., there lying dead and on the oath of twelve men, presented that a certain Henry Danvers, late of Cirencester, Kt., and others, not having the fear of god before their eyes, did on the 4th October, between the hours of 11 and 12 of the same day, at Cossam, with force of arms, viz., swords, &c, did assault the aforesaid Henry Long, and the aforesaid, Danvers, voluntarily, feloniously, and of malice prepense, did discharge in and upon the said Long a certain engine called a dagge, worth 6/8, charged with powder and bullet of lead, which Danvers had in his right hand, and inflict a mortal wound upon the upper part of the body of Long, under the left breast, of which he instantly died, and that immediately after the felony they all fled.”

Aubrey records “R.Wisdome was then lecturer and preacht that day and Henry Long expired in his arms; and that Lady Barbara Long ( Henry’s mother) informed Queen Elizabeth “of a verie strange outrage”. But no indictment was ever preferred against either family!

The Danvers brothers took flight and were given refuge by the 3rd Earl of Southampton at his seat Whitley Lodge, near Tichfield. After three days they went to Calshot Castle, near Cowes, before leaving for France. They joined the French army of Henry IV and served with distinction.

In 1597 Henry Danvers appears to have acted as a captain of a man-of-war under the Earl of Nottingham off the coast of Spain. Charles went on the join Earl of Essex, and his associates in Ireland, the family having a long record of service in that country and to the Devereux family. Henry served various posts in Ireland becoming Govenor of Armagh in 1601.

On the 30th June 1598 the brothers were pardoned following the intercession of the French King with Queen Elizabeth; and they returned to England in the following August; but it was not until 1604 that the coroner’s indictment was found bad and the outlawry reversed.

One of the Earl of Essex’ band was Captain Thomas Lee, a singularly unsavoury character who was already on the run having jumped bail on a charge of highway robbery. He then appeared to have rampaged around Ireland between spells of imprisonment for cattle rustling and murder. Lee returned to England in 1599. By now Essex was under house arrest at York House. On 12th February 1601, four days after the Earl’s eventual arrest for treason, Lee conceived “a cunning plan”(sic). With Sir Henry Neville and Sir Robert Crosse (“with four other gentlemen”) they conspired to gain a warrant for the release of Essex by apprehending the Queen in her chambers and “pin her up” until she signed the warrant. The conspirators were betrayed and Lee was apprehended as he watched the door to the Queen’s chamber. A kangaroo court was immediately convened the next morning, and later that day they were all executed at Tyburn.

Twelve days later, after a show trial, Essex was beheaded.

Henry Danvers later became Earl of Danby. The Southampton family were patrons of William Shakespeare and the association has given rise to the speculation that this feud between the two families may have suggested the plot of Romeo and Juliet to the Bard. 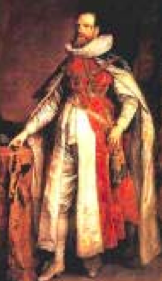 Could it be that Charles Danvers, contrary to received knowledge, was not executed with Essex, but died along with the other conspirators for this separate treasonable act? The two treason trails appear to have been confused; the Tudors would have wished to cover up the breach of security by Lee (it all sounds very familiar) and few would have been aware of the circumstances.

Incidentally, beheading was already a rare event; in fact Essex was the last person to be dealt with at the Tower, and Danvers would most likely not have been elevated enough to warrant the “honour” of such treatment. Also Aubrey commented that he could find no record in the Tower Chapel of Danver’s burial.

Circumstantially, Lee and Danvers appear to have been kindred spirits and could easily have embarked upon this final adventure together.

There is some confusion over the actual site of the murder. Usually it is suggested that it was in a house in Church Street; but also a public house has been mentioned. Could this have been the Golden Ball which appears to have been situated in Church Square? This is more likely, as the initial gathering included Henry Smyth of Corsham House (Corsham Court) and a number of magistrates. The dying man could have been taken to the house of Mr. Chamberlyn!

There are so many contradictions in this saga, it would be nice to have them resolved, but at least, I hope, I have helped to stir the pot.

Just to confuse matters even more, the late John Poulsom always considered that “Ridge Farm” at Neston (once the home of the Stainers) and which had belonged to the Long’s, could have been the site of the crime.