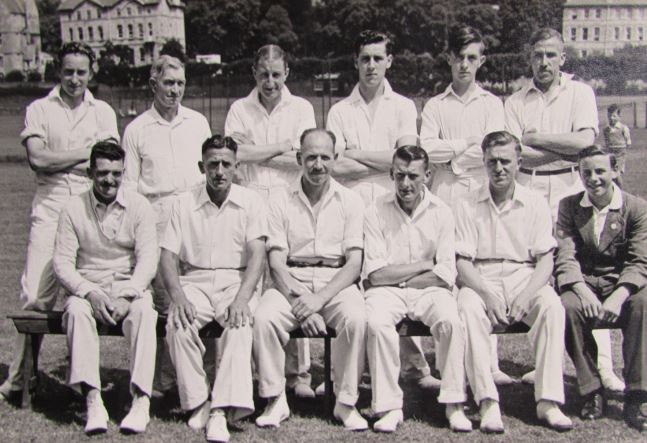 Paul Smith, a Corsham resident for many years, now living in Carlisle, has sent a set of photographs of cricket and football teams of the 1950’s and 60’s with the players names into the bargain.

This is the Pickwick Cricket club team photograph taken on the Recreation Ground in Bath on 4th July 1953.

Pickwick scored 121 for 6 wickets declared, J. Long & Sons, Bath builders all out for 75. Ernie Smith, Paul’s father, was the captain and scored 23 and was run out but he took 3 wickets for 37 runs. The team members are:- Back row: not known, Sid Cook, not known, Pete Woodcock, Pete Kercher, not known. Front row: Peter White, Jimmy Francis, Ernie Smith (capt), Ken Pearce, Reg Smith, the scorer, name not known. The small boy in the background is Paul Smith himself! 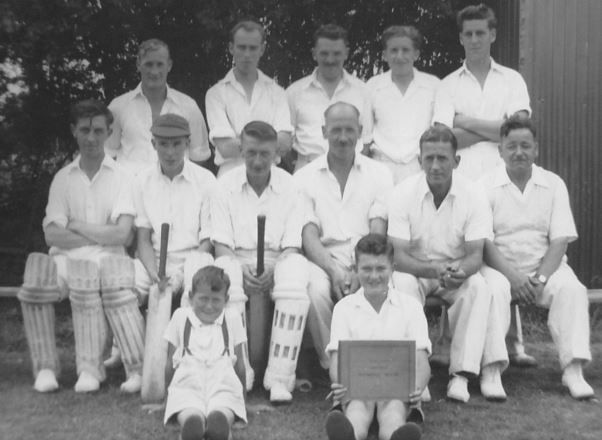 If anyone can identify any of the ‘not known’ people in these photographs, please let us know.

Now we move on to football teams from the same era. These photographs are also from the Paul Smith collection. 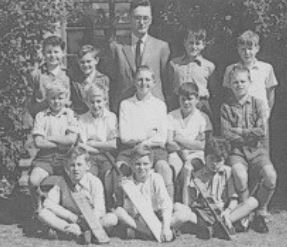 This photograph shows the Corsham Regis School football team in the later 1950s with Don Smith standing to the right of the teacher. Can anyone recognise any other members of the team. 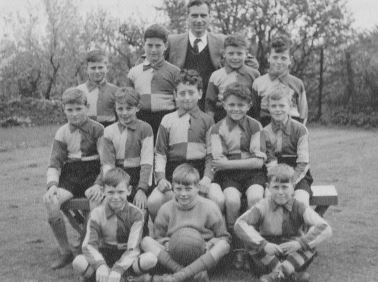 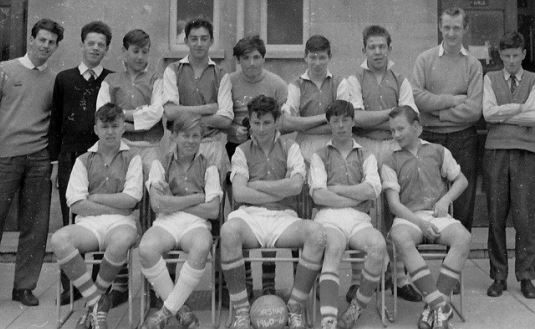