‘My Life on the Railways’ by Don Rogers 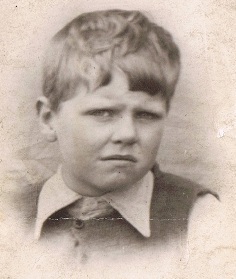 In 1948 I was made redundant at the age of 16 thus ending my career as an Improver Motor Mechanic and this was all because of the then Persian oil crisis with no petrol available except for essential purposes. I went to the Labour Exchange and was offered one or two jobs and both of them were obviously for a tea boy. I declined both! The young lady assistant, barely two years older than me, advised me that the only other work would be a railway engine cleaner, a position usually lasting for only a few weeks before lads returned from other work as ‘Engine Cleaners’ was very dirty work and had unsocial hours. 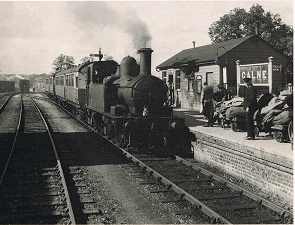 So I tried for the position of Engine Cleaner and this involved an interview with the Locomotive Superintendent at Bristol and a medical examination at Swindon. Part of that medical examination included sorting out various colours from a huge ball of wall, I found out later that this was to make sure I wasn’t colour blind. I passed both examinations and was then issued with overalls and, most important, a cap with the letters GWR, though by then all the railways were nationalised under the heading of British Railways.

After a few weeks learning the tricks of the trade I was, on occasion, utilised as a Fireman on the yard pilots at Chippenham (shunting engines). In the July I was allocated my first mainline turn, Saturday evening banker. The engine waited on the middle road at Chippenham West, standing over the Western Arches, waiting to travel ‘light’, if necessary, to Box to push the express Bristol to Paddington goods if the load was too heavy for the 1 in a 100 incline through Box Tunnel. ‘Banker not required’, the signalman shouted through his loud hailer so we took the engine back to the shed and I went home deflated. 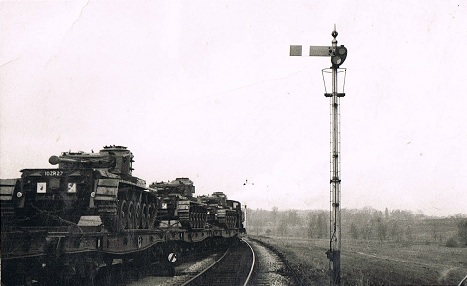 Wilts Yeomanry tanks on their way to Tidworth

The young lady at the Labour Exchange may have been right as I retired after 46 years of footplate service in December 1994, most of it rather more productive than my first trip.

So my time working with steam engines had begun and following my humiliation on Saturday’s no trip to Box and back, I cycled to Lacock to see my girlfriend. Given the ultimatum by her of ‘Railways or me’, there was no contest. I had a uniform cap with GWR on it and I was not going to surrender that. After the briefest snog, we parted, her back to Woolworths and me back to the engine shed.

A vacancy for a Fireman occurred at Chippenham and me, being senior engine cleaner, was duly promoted, which was unusual to be promoted at the home depot on the Western Region of BR.

The Line of Promotion was strictly adhered to:

My National Service could be deferred no longer so I went off to Bulford for my induction and training. There was much activity in the Far East for which I had to undergo continuation training in jungle warfare around the Wylye valley and river, a most interesting chapter in my life. 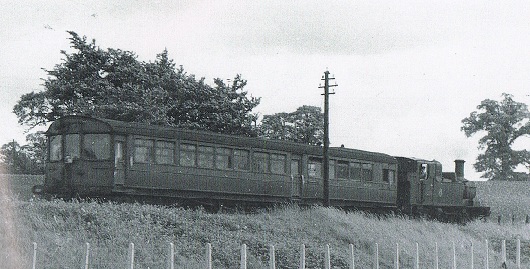 I returned to footplate duty and was promoted to Passenger Fireman and in 1953 was further promoted to Passed Fireman, one of the youngest ever to qualify. Most of the ‘turns’ at Chippenham were worked by 0-6-0 pannier tanks of the 5700 class, some very old and past their sell by date. The elite ‘turns’ were worked with 0-4-2 1400 class tanks and these could really move. One was clocked doing 80 mph along the straight section between Gloucester and Stonehouse junction, but it only had one trailer to pull at the time!  Sometimes a class 4500 or 5500 2-6-2 Prairie tank would appear, especially over the weekends. A tender locomotive was only provided if there was a long engineering turn where water could not be obtained.

I spent most of my time at Chippenham on Auto trains that worked the Calne branch and as far as Codford, Frome and Devizes. The Sunday ‘turn’ also went to Swindon. Typical of an ‘Auto’ turn was an afternoon working to Westbury where two auto trailers, as the carriages were called, were attached at the chimney end of the loco. We travelled from Westbury to Bradford-on-Avon to pick up hordes of children after their school day was over and then returned to Westbury and on to Codford, disgorging and picking up pupils at every station and halt on the way. It was always hoped that the boys and girls sat in separate trailers to ensure good behaviour! From Codford we travelled to Devizes, detaching the trailers at Westbury on the way. From Devizes, it was back to Westbury via Holt Junction and sometimes on to Frome with empty coaching stock. From Frome, it was back to Westbury and wait for the connecting service from Salisbury and then we returned home to Chippenham. During the dark nights, the guard would be blowing out the lamps on the paths leading to the platforms while the Fireman dealt with those on the platform. On arrival at Chippenham, we would stable the trailers, drive to the shed and book off after quite a busy day of driving and firing.

A good ‘turn’, that I often worked, as I preferred late ‘turns’, especially if they finished in time for some personal lubrication as I did, was also eligible for ‘short’ mileage of 9d per day. Those were the days that sadly disappeared upon the introduction of the diesel multiple units (DMU’s). These units are now called ‘Heritage Units’, and they made many footplate staff redundant, as, after a short time, they became driver only as far as the footplate staffs were concerned. Some of the older drivers could not get the hang of them and retired. I used to get a good night ‘turn’ as a driver as it was deemed necessary to nurse them at night so they would be ready for the early trains.

A little later a Class 3 diesel locomotive was sent to Chippenham to work the Calne branch goods ‘turns’, but these were getting smaller with the rapid decline in traffic. By 1960 the promotion system altered so that transfers and applications filled vacancies. I applied for and obtained a position as a driver at Swindon as I thought, quite correctly as it turned out, that Chippenham engine shed would soon be closed. The junior drivers at Swindon worked mainly on the Class 8 shunting locos in the traffic yards and the Class 3’s worked in the factory sidings. It was boring, but busy is the best way to describe this. After 3 years or so I, along with 19 others, was made redundant and ‘Put Back’, meaning I would usually work again as a Fireman, or, as they became known, a ‘Second Man’. In 1970 vacancies occurred at the Westbury Depot, I applied for one and became a driver again. Westbury was a mixed traffic depot including the stone trains that were slowly moving the Mendips to the South East for building roads. Some of the trains weighed 4,800 tonnes and were driver only. Eventually, I developed an eyesight problem and was rostered only on Sprinter trains, the successors to the old DMUs. I was now the only ‘passenger only’ driver at the freight depot until 1994 when I took the opportunity to retire early, the best move I ever made.

In 1966, following the demise of the 43rd Divisional Engineers I founded the Chippenham ex-Service Club and was allowed to use the TA Centre until new premises could be found. We found premises over Burton’s the tailor in Chippenham High Street and stayed there until the rents, following a change of ownership, became impossible to pay as 54p increased to £9.50 per square foot.

I currently survive solving the quick crossword before breakfast, keeping an allotment and getting about as much as possible.