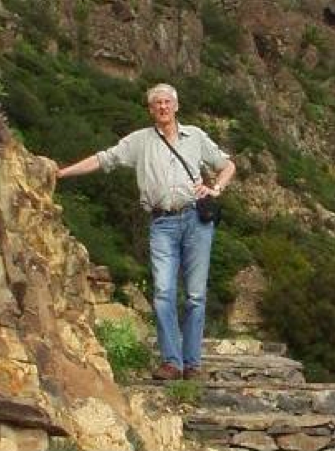 It is with great pleasure that I can announce that Lord Methuen has accepted the honorary office as Patron of our Society. We had the pleasure of hearing Lord Methuen speak to us in April on the work of the House of Lords of which he is an active member. He is one of the ninety elected hereditary peers to serve in the House of Lords.

Robert Alexander Holt Methuen, 7th Baron Methuen, is the third and youngest son of Anthony Methuen, 5th Baron Methuen. Robert succeeded his brother, Anthony John, in 1994, entered the House of Lords in 1995 and has been a member of several Select Committees, including the Science and Technology Committee and the European Union Committee.

Robert, Lord Methuen, was brought up in Corsham. He was educated at Shrewsbury School and Trinity College, Cambridge. During his career he spent time as a Design Engineer at the Westinghouse Brake and Signal Company in Chippenham and as a Systems Engineer with IBM UK and Rolls- Royce plc.

Lord Methuen is hereditary Patron of the Lady Margaret Hungerford Almshouses in Corsham, but he is now in the course of handing this role over to his cousin, James Methuen-Campbell. Lord and Lady Methuen currently live in Ashbourne in Derbyshire.