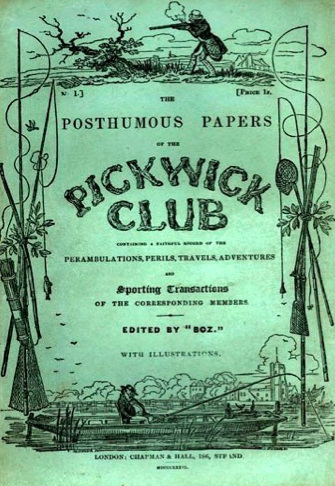 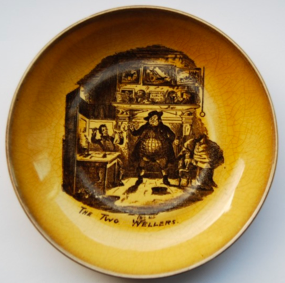 “The Two Wellers” a piece of Dickens memorabilia

As we remember the 200th anniversary of the birth of Charles Dickens, we also think of his second book that he wrote, namely, ‘Pickwick Papers’ and its association with our Pickwick.

Charles Dickens first visited Bath in 1835, as a young newspaper reporter while following the tour of England of Lord John Russell, leader of the Whig Party who later became Prime Minister in the 1840’s. Dickens stayed at the ‘Saracen’s Head’ at the bottom of Broad Street. The name of ‘Pickwick’ was to be seen in Bath at that time on the sides of coaches belonging to Eleazer Pickwick (1749-1837), the owner of a well-known coaching business. Eleazer Pickwick was quite a prominent citizen of the city as he was elected Mayor in 1826.

The village of Pickwick has important connections in the relation to ‘coaching’. The public house ‘The Hare & Hounds’ was well known as a staging inn for the London to Bath coaches. On the journey from Bath to London, after accomplishing the climb from Box to Rudloe, the horses were ready to be changed at Pickwick, some 9 miles from Bath. In the reverse direction the ‘Hare & Hounds’ was the last staging post stop.

At some time in the latter part of the eighteenth century or the early part of the nineteenth century a baby boy was found on a doorstep in Pickwick and was given two names, Moses, after the Old Testament prophet found in the bulrushes, and secondly, Pickwick, after the village where he was found. Moses Pickwick later became landlord of the ‘Hare & Hounds’ and a coach proprietor. It is probable that Dickens saw the name of ‘Pickwick’ on coaches belonging to both gentlemen, Eleazer and Moses Pickwick, and chose the surname for his lead character in ‘Pickwick Papers’, which also satirised the social life in Bath. It was first published in 1837. It is rumoured that Dickens stayed at the ‘Hare & Hounds’, whether this is true or not is difficult to ascertain, but it is certainly a nice thought that such a famous writer as Charles Dickens may have stayed in Pickwick on his way from London to Exeter to visit relations.

Origin 1836 cover of the Pickwick Papers

Dickens visited Bath on a number of occasions to stay with his close friend, Walter Savage Lander, who resided at 35, St. James’ Square. Bronze plaques outside this house show the once famous occupants.

On the 3rd June 1970 the Royal Mail issued a set of 4 stamps to commemorate the 100th anniversary of the death of Charles Dickens. For that day a special First Day Cover was issued on the theme of ‘Pickwick and Dickens’ and these could be posted in a special post box at Corsham Post Office and each envelope received a unique hand franking as shown in the two illustrations.

I was asked by the late Ian Storey to gather material together and create this article. Shortly after Ian’s death I received a number of items including the First Day Covers, for which I am greatly indebted to Mrs Helen Storey and family.

References used:-
Special articles from the ‘Gazette & Herald’ and ‘Wiltshire Times’. Information on Eleazer Pickwick from the ‘Guild of One-Name Studies’.
Information on the ‘Saracen’s Head’ from Somerset – Pubs & Inns with a literary connection.’