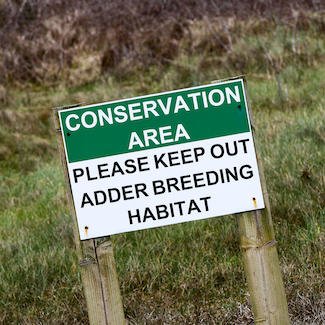 It is 50 years since the Civic Amenities Act 1967 introduced the concept of protecting the character of areas of historic and architectural interest by the designation of conservation areas. The concept of conservation areas was introduced in England, Wales and Scotland by the Civic Amenities Act 1967 through a private members bill led by Lord Duncan Sandys who was staunchly supported by the Civic Trust. The successor of the Civic Trust, Civic Voice, now holds the annual Sandys Lecture in his name.
Civic Voice – which CCS is in process of joining – writes:

When conservation areas legislation was introduced there was widespread public concern over the pace of redevelopment in our historic towns and cities. Today there are over 10,000 conservation areas in the UK (approximately 9,300 in England, 500 in Wales, 650 in Scotland and 60 in Northern Ireland) reflecting the popularity of this legislative tool in identifying and protecting our most valued historic places.

Conservation area designation essentially controls the demolition of unlisted buildings over a certain size and works to protect trees, restricts permitted development rights on dwelling houses and tightens regulations on advertising. It also places a statutory duty on local planning authorities to pay special attention to preserving or enhancing the character or appearance of conservation areas while undertaking their planning duties.
To mark the 50th Anniversary, Historic England has been working with Civic Voice and the Institute of Historic Building Conservation (IHBC) to build a picture of their members’ attitudes towards conservation areas half a century on through two parallel surveys. A range of Civic Voice members from local civic societies across the UK and IHBC professionals from the public and private sector took part in the surveys.
The overall picture indicates that conservation areas have been effective at preserving areas of historic and architectural interest. The picture, however, is not all positive and respondents did identify a number of issues to be confronted in this anniversary year. The controls in conservation areas are not well understood. And of the respondents who did report significant change in their local conservation area in the last three years, more were likely to perceive a deterioration rather than an improvement.
Street clutter, the loss of traditional paving materials, advertisements, a lack of maintenance and loss of historic details were the five most significant concerns identified by both groups. When the problem of the loss of historic detailing was examined in more detail the most frequently mentioned concerns were with doors and windows, signs and advertising, shopfronts and the deteriorating condition of front elevations generally.
Historic England has noted that Conservation Areas exist to preserve the special architectural and historic interest of a place – in other words, the features that make it unique. Every local authority in England has at least one conservation area and there are now over 10,000 in England. Amongst other aspects reported on were:

Interesting food for thought given a number of misconceptions by some members of the public and some local authorities. In this year of the 50th anniversary celebrations of the creation of Conservation Areas and their impact on the architectural heritage, Corsham Civic Society is intent on playing its part with its Corsham High Street project [CHSP] [p. 13], Corsham Shop Frontages and Signage [CSFS] project [p. 14], and adding its voice to pressure for review of the nearly 20-year old Corsham Conservation Area Statement. Given all the above, 2018 should be a busy and productive year. Also, we look forward to the publication of the long awaited Corsham Neighbourhood Plan which will be a test of what ‘Localism’ will mean to the people of Corsham and its Town Council
John Maloney
This article is dedicated to the memory of Sally Fletcher who, just before her untimely death, offered to write about the 50th Anniversary of Conservation Areas.