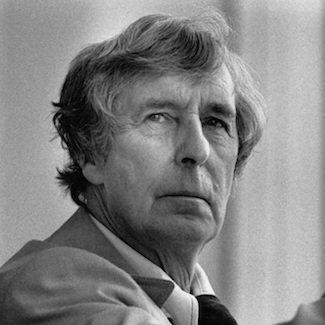 Sir Michael Tippett, generally acknowledged to be one of our greatest contemporary composers, lived in the house known as Parkside, High Street, between 1960 and 1970.

Parkside is a 17th century house, with an 18th century extension and was once the home of distinguished architect Sir Harold Brakspear, who was knighted for his work on Windsor Castle.

A later occupant was Mr Fisher, Bursar of the Academy of Art at the Court, and it was Fisher who sold the property to his friend, Sir Michael, in 1960.

Tippett was born in 1905 in Eastcote, near London, and was exposed to music from his early years. He was enrolled at the Royal College of Music in 1923.

Always something of a rebel, he proclaimed himself an atheist whilst at school, and much later announced his conscientious objections to WWll, which earned him a term of three month’s imprisonment in 1943.

Throughout his life his musical compositions came forth unabated, with Tippett composing five operas, four symphonies and numerous orchestral works over a career spanning seven decades. International acclaim followed, and he received many awards, culminating in the CBE.

One commentator is quoted as saying “Tippett’s genius was that he could make your spine tingle”.

In his later years his sight deteriorated, and at age 85 he eventually lost the sight of his right eye. He had returned to live in London by this time, to be among friends, and he died in 1998.