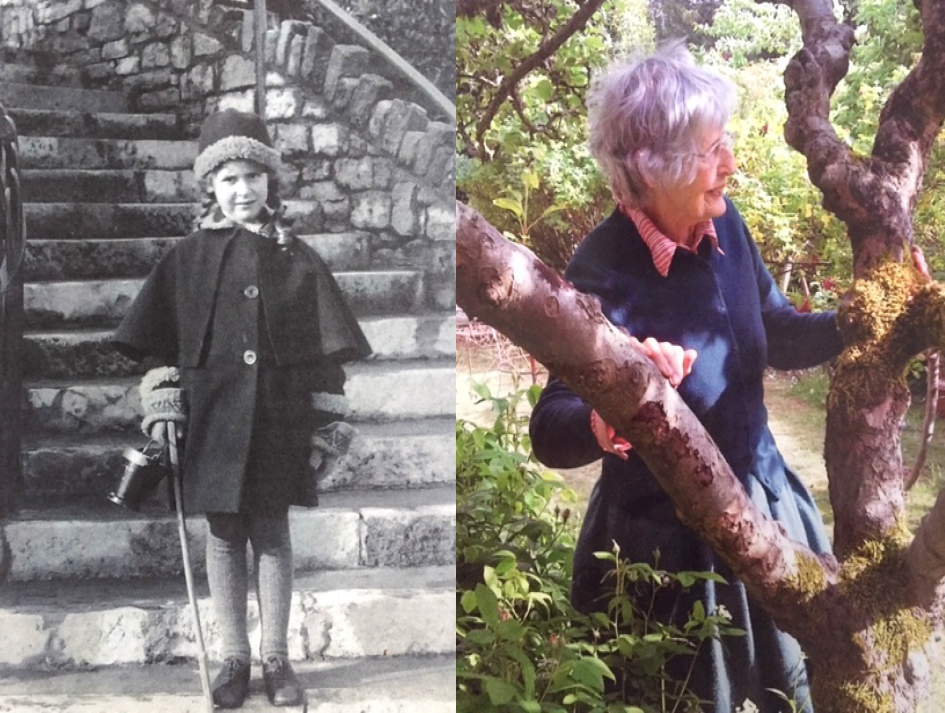 Catherine was born in Flax Bourton, North Somerset, on 29th April 1920. She is the youngest of three sisters. She went to school in Clifton, Bristol. In 1938 she went to Somerville College, Oxford, but when war was declared in 1939 she went to work with the Land Army and later at Kew Gardens which gave her a ‘good grounding’ when she later set about creating her garden at Pickwick End (No. 23 Pickwick ~ see p. 22). At the very end of the war, she joined the International Voluntary Service and went to Berlin.

Catherine met Robin Eden in London and they married there in 1946. Robin was a trained cabinet maker and had worked for Peter Jones as a furniture designer. They both had a ‘very good eye’ and this led them to open their first antique shop in Bradford-on-Avon. With their growing family, in 1952 they bought Pickwick End from the Matthews family -the only other interested party was a demolition expert who was running a practised eye over the lead roof! Their new shop was called Robin Eden Antiques -and also sold garden furniture –and was then run from the barn at Pickwick End. They had six children, Matthew, Thomas, Rose, Anna, Felicity and Alice.

During the halcyon days of the ‘50s and ‘60s, Catherine dedicated herself to her 6 children planting vegetables, her unique herbaceous border and helping Robin. Son Matthew joined the business in the early 1980s. They kept sheep, shared a Jersey cow with a neighbour and made beer from their homegrown hops!

In 1991, Matthew and wife Miranda moved to Pickwick End from Chippenham and took over the business. Robin and Catherine built themselves the Garden House overlooking the walled garden. Robin and Alison Currey [a neighbour] were founder members of the Corsham Civic Society and Robin served as President 1980-1992. Robin died in 1993.

Pickwick End was well known for its annual garden fete which raised money for charity. Latterly, Catherine has opened her splendid walled garden once a year and been host to sometimes as many as 300 visitors [Autumn 2019 issue, p. 11]. Given its reputation, no wonder it’s known as the Garden of Eden.

Catherine is a staunch Catholic and has been a regular worshipper at the local St. Patrick’s Church. Even at 85 years of age she still cycled to Mass and down into Corsham. These days she enjoys sitting in her garden [photo. right] and is keen on reading, knitting, patchwork, jigsaws, crosswords etc.

The Eden’s remain a close-knit family and Catherine’s longevity is a testimony to a full life, lived well.