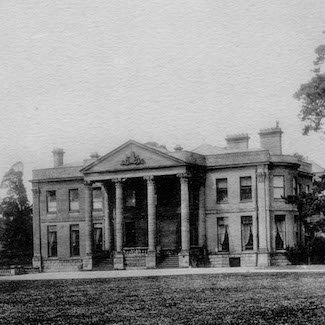 The Thomas Tropnell of the 15th century owned Great Chalfield Manor, and many other pieces of land close to Corsham – including land at Gastard and at Monks.

In the second half of the century he bought 150 acres of land to create Neston Park. Thomas died about 1490 and left only one son and two daughters. The son, John, died in an unfortunate hunting accident, when he was strangled leaping over a hedge, and getting caught in branches.

This estate passed through many descendants until 1790 when it was sold to John Fuller. There is a monument to the last ‘Thomas’ Tropnell and his wife, in the Lady Chapel at St Bartholomew’s church.

Other members of the Tropnell family lived in Bradford on Avon, (probably in the weaving industry), and it is reported that, in the early 16th century one Thomas Tropnell “denied the doctrine of transubstantiation” – the fact that the bread and wine taken at the Communion service were believed to be the body and blood of Christ.

This Thomas Tropnell, not to be confused with his ancestor from the 15th century, suffered a brutal end when he was burned at the stake in the market place at Bradford on Avon.