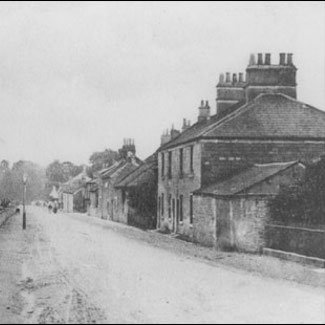 Frank Gerrish was born in 1883 at Priory Lane Corsham, son of William and Elizabeth. William was a ‘slater’ (tiler).

He had apparently signed up to an apprenticeship to A Bird, Baker of Corsham (see also Alfred Bird).By 1906 Frank had decided to seek his fortune elsewhere, and had embarked on a ship the ‘SS Kensington’ at Liverpool, bound for Halifax, Novia Scotia, Canada, from there he would move on to Toronto. He was still identified as a confectioner, but this was crossed out on his travel records to read’ Farmer’.

Frank arrived in Halifax, Nova Scotia on 13th March 1906. In November 1907 he crossed the border into the United states. At some stage he must have returned to Canada, because in November 1908 he crosses again into the US from Victoria, British Columbia.

There is no further traceable record of Frank until 1916, when he is shown as enlisting with the Australian Imperial Force, at Show Ground Camp Sydney, New South Wales, Australia. He gave his occupation as a landscape gardener.

Frank was dispatched briefly to England, and in May 1917 to France. He was injured and hospitalised in July 1917, and ‘killed in action’ in October 1917 at the Battle of Broodseinde, part of the battle of Passhendaele. Frank has no known grave, but is commemorated on the Menin Gate, Ypres, in Belgium.