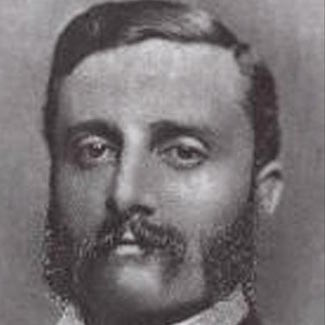 His connection with Corsham is that – like Richard Bethel (Lord Westbury), he spent some of his informative years being educated in the town, but this time at the Mansion House School in Pickwick Rd.

He married an Evelyn Davies, and in 1879 he was captain of the 1/24th 92nd Warwickshire Regiment, in South Africa, taking part in the Zulu Wars.

Captain Younghusband was present at the Battle of Isandlwana, S.A., on 22nd January 1879, which was portrayed in the film ‘Zulu Dawn’.

In a critique of that film, it is stated that:

“During the battle, a large group of British and African Soldiers led by Captain Younghusband rallied near the foot of the mountain, succeeding in holding off Zulu attacks for some time. When the soldiers finally ran out of ammunition Captain Younghusband went down the line and shook the hand of every man, they then executed a bayonet charge against the Zulu warriors, led by a group of infantry Officers wielding their swords. Zulu accounts state that they respected these soldiers for their bravery, and having killed them, accorded them ceremonial honours usually reserved for fallen Zulu warriors. This event is not portrayed in the film.”

The critique further states: “In the camp, ammunition gave out, and organised resistance was at an end by 2pm, although some isolated groups fought on till late afternoon. Probably the last group to die was Younghusband’s Company that had hels out on the plateau of Isandlwana hill”

Reginald died that day, aged 35. There is a family headstone at Melcombe Regis Cemetary, Weymouth, which contains a memorial inscription to his memory.